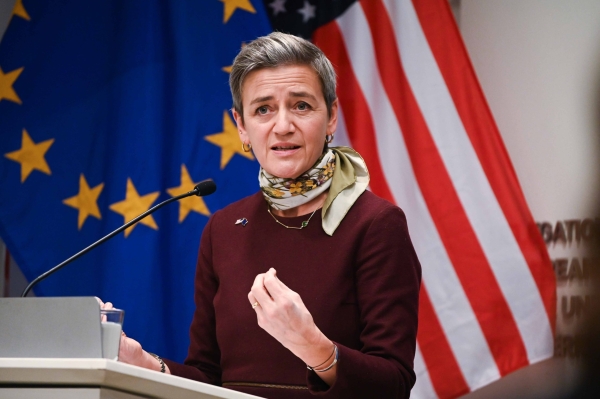 This is one area that the incoming French Presidency of the Council presented in its programme last week (9 December) as a priority. Macron will seek to renew his mandate in April, as one of the few candidates who takes a pro-EU stance he will want to demonstrate how France acting through the EU can stand up to America’s Big Tech.

Rapporteur Andreas Schwab (EPP, DE) said: “The EU stands for competition on the merits, but we do not want bigger companies getting bigger and bigger without getting any better and at the expense of consumers and the European economy. Today, it is clear that competition rules alone cannot address all the problems we are facing with tech giants and their ability to set the rules by engaging in unfair business practices. The Digital Markets Act will rule out these practices, sending a strong signal to all consumers and businesses in the Single Market: rules are set by the co-legislators, not private companies.”

The Parliament’s amendments include a ban on killer acquisitions (stronger merger and acquisition control — not limited to tech acquisitions), tighter rules on self-preferencing provisions and a ban on targeted advertising for minors.

But it doesn’t look as if the US is going to take EU developments lying down. Despite the US also taking a cold, hard look at the damaging impact of tech platforms on competition and citizen’s rights, these companies are ultimately their companies, so expect a lot of rearguard action.

Germany’s new ruling coalition launched straight into meetings in Paris, Brussels and even Liverpool for the G7 foreign ministers meeting. One theme that came up again and again was the need to take a firm position on Russia’s build-up of troops on Ukraine’s border. EU foreign ministers will meet today (13 December) to discuss the situation — among the usual long list of other foreign affairs matters including: EU-Africa relations, Central Asia, Venezuela, Ethiopia.

The heads of government will have their usual December EUCO (16 and 17) and will also congregate for the Eastern Partnership Summit on 15 December, where support for Ukraine and other countries who the Kremlin believes should be in its sphere of influence will agree on shared values and support and co-operation “to foster stability”.

And that stability appears to be very strained: Belarus is currently suspended from the group, Armenia/Azerbaijani relations have been strained to put it mildly, Georgia’s former President Mikheil Saakashvili returned to Georgia in October where he was immediately arrested for corruption linked to his time in office which he denies. He went on hunger strike, which came to an end after 50 days and he is now being held in a military hospital, while Ukraine has a burgeoning crisis on its border; and, then there’s little Moldova, which appears to be the most stable of the Eastern partners.

EU leaders will discuss developments related to COVID-19, crisis management and resilience, energy prices, security and defence, external aspects of migration and the situation in Belarus. Usually, the December European Council (EUCO) is the marker for the end of the EU’s year, but not so fast…

Ready for your Christmas break?

No rest for the wicked. It doesn’t look like there will be any let up, with some very interesting proposals including the ‘own resources’* package being presented as late as 22 December.

On the other hand, it could be worse, last year on Christmas Eve I was in the depths of the Ardennes with a weak WiFi signal trying to follow what would have ideally been the moment Brexit was not just done, but also dusted with the Trade and Co-operation agreement. It was a comforting thought, but 12 months on and the UK is still incrementally granting fishing licences to French vessels that fish in the waters around Britain’s crown dependencies. The UK has also failed to live up to commitments it made in 2019 in the Withdrawal Agreement, notably in the Protocol on Ireland/Northern Ireland; and as for negotiations on Gibraltar, well they appear to have gone subterranean for the time being. One day, this will just be an ongoing bureaucratic discussion, but tub-thumping in the British press never lost any votes.

This week will be another bumper week for environmental proposals.

Energy and climate: The Commission will present its plan for reducing methane emissions in the energy sector; revision of the third energy package for gas; revision of the energy performance of buildings directive; communication on restoring sustainable carbon cycles; Council recommendation to address the social and labour aspects of the climate transition.

Transport: The Commission will present the revision of the regulation on the trans-European transport network, including the alignment of rail freight corridors; revision of the directive on intelligent transport systems — New EU urban mobility framework — Action plan to boost long-distance and cross-border passenger rail.

European Parliament’s summary of the week ahead

The Parliament plenary will meet in plenary format, joining the proceedings online, or in Strasbourg.

Sakharov Prize 2021: The award ceremony for this year’s Sakharov Prize for Freedom of Thought, conferred upon Russian opposition activist Alexei Navalny, will be held on Wednesday at noon. Mr Navalny is currently imprisoned in Russia; his daughter Daria Navalnaya will therefore receive the prize in his name from EP President David Sassoli. A press conference is scheduled at 12.45h after the ceremony.

Russian threat to Ukraine: On Tuesday afternoon, MEPs will discuss the large-scale Russian military build-up along the Ukrainian border and fears that Russia might invade Ukraine with EU Foreign Policy Chief Josep Borrell. A resolution will be put to the vote on Thursday.

COVID-19 and EUCO: On Wednesday morning, MEPs will debate with the Commission and the Slovenian Presidency the 16 December European Council, and the EU’s response to the resurgence of COVID-19.

Rule of law and fundamental rights in Slovenia and Poland: Following last sessions’ debate, MEPs will vote on a resolution on the situation of rule of law in Slovenia on Thursday. They will also assess recent events in Poland that might increase the country’s risk of moving further away from European values in a debate on Wednesday afternoon.

National Recovery Plans: On Wednesday afternoon, MEPs will discuss whether post-COVID-19 national recovery plans meet the agreed targets and milestones as well as the situation in countries that have not yet had their plans approved.

Digital Services Act: The Internal Market and Consumer Protection Committee will vote on the proposal for a Digital Services Act (DSA), which aims to create a safer digital space where users rights are protected. A press conference with the rapporteur is scheduled for 13.10h on Tuesday (Monday and Tuesday).

*How the EU can pay for stuff without raiding national treasuries, including the Next Generation EU. Bond issuance to fund Next Generation EU has been wildly successful, with each issuance oversubscribed. The debt will, of course, have to be paid back, the deadline for this is 2058, which is mercifully some time away.

Share this: Week ahead - EU forges its digital future