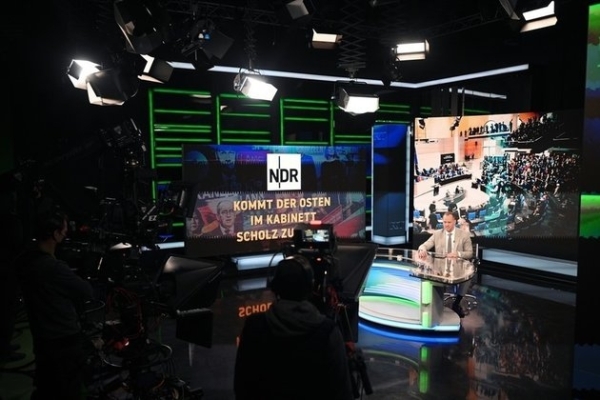 Russia can?t allow attempts to force RT’s 24-hour German-language channel off air in Europe to proceed ?without consequences,? the Kremlin said on Wednesday, arguing that the European Union is now betraying its own stated values.

Moscow-based channel RT DE was taken off air by the European satellite service Eutelsat on Wednesday. The operator said it had done so at the request of Germany’s media regulator, MABB, as well as that of the EU-wide body the European Regulators Group for Audiovisual Media Services.

Speaking to NTV on Wednesday, spokesman Dmitry Peskov said the move amounted to a "ban of a whole media outlet in Europe." It "contradicts the very European spirit," he maintained, and also contravened "all the OSCE norms and principles," Peskov argued.

The Organization for Security and Co-operation in Europe (OSCE)’s remit includes arms control, human rights promotion, electoral integrity, and freedom of the press. Both Russia and Germany are members.

Peskov said EU nations, as well as their allies in North America, seemed to no longer care about values. They "do whatever they like," he claimed.

The move by the European regulators’ actions was part of the "new cowboy reality," Peskov said, stressing that Moscow was obliged to respond to what it deemed a hostile act. He added that the Russian government needed to act "confidently" and "persistently" but "carefully," so as not to "shoot itself in the foot," while making it clear to its "opponents" that it would not let such actions go unanswered.

MABB has accused RT DE of broadcasting without a German license. RT has maintained that the channel is being broadcast from Moscow under a Serbian license covered by the European Convention on Transfrontier Television, which allows it to lawfully broadcast on German territory.

Share this: Russia responds to cowboy clampdown on RT DE