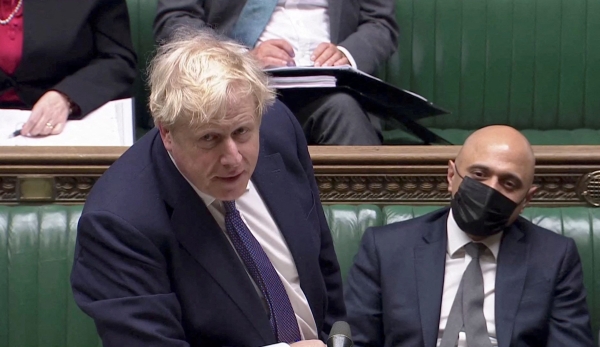 Desperate times call for desperate measures and Boris Johnson has decided to appoint a new director of communications who is both an old friend from his student days at Oxford University and a former member of the successful team who ran London City Hall during Johnson’s first term as Mayor of London.

Guto Harri spun so successfully that when he left after his friend was safely re-elected as mayor, it was to help News International repair a reputation damaged by revelations of mobile phone hacking by journalists. Since leaving the Murdoch empire, Harri has combined similar jobs for other clients with political commentary and television work.

So it’s not hard to see why Johnson turned to him, despite what Harri has called their profound disagreement over Brexit. The appointment has infuriated another former ally of the Prime Minister, the architect of the referendum campaign to leave the EU, Dominic Cummings.

Cummings was forced out of Downing Street but clearly retains close contacts there, enabling him to reveal much of what we now know about ‘partygate’, the series of events under investigation by the police for potential breach of lockdown regulations during the coronavirus pandemic.

He was quick to share on Twitter a message he claimed to have received from inside the Downing Street communications team about Harri’s appointment. “So our new boss is a pro-Remain lobbyist who’s said the PM is ‘sexually incontinent’, ‘hugely divisive’, ‘destructive’, ‘dragging the country down’ & picked ‘wrong side’ in referendum. GREAT”, read the tweet.

Harri responded with a link to an article in which he had predicted Cummings’ departure from Downing Street. But recently he has had less intemperate but perhaps more interesting observations to share about Boris Johnson.

He gave the BBC this insight into how the Prime Minister needed to be handled, based on how the operation had worked at City Hall. “Someone has got to corner him, get him to work out what he really wants and then communicate that with authority to everyone else, so that it gets done”.

He also wondered if it was too late to save his old friend. “Maybe the moment has passed, maybe it’s gone beyond the moment when a whole load of people would have gone in”. He said another friend of the Prime Minister had told him that he wasn’t interested in going in to Downing Street, only to have to “walk him to the gallows”.

Guto Harri was clear that that was his own view too and that nobody would want that job, so he must believe that it’s not too late. He told viewers to his Welsh language television programme last week that “it looks like Houdini has escaped once again, Boris Johnson is going to survive despite everyone and everything”.

But even if ‘partygate’ is survivable, there is one issue on which Guto Harri might well have sought assurances from Boris Johnson before joining him in Downing Street. Harri has previously warned that the allegation, based on a leaked civil service memo, that the Prime Minister ordered the prioritisation of rescued animals over people during the evacuation flights from Kabul, might be impossible to survive politically. “If this allegation is as it appears, then it is a very serious issue of integrity, competence, priorities and indeed it raises that other spectre that never goes away, of who’s been influencing him”.

As Harri acknowledged, the person widely blamed -or credited- for the Prime Minister’s alleged interest in rescuing animals from Afghanistan is his wife, Carrie Johnson. She’s sometimes unkindly referred to as ‘Carrie Antoinette’, which would be grimly appropriate if Harri finds that he has indeed arrived in Downing Street too late to do any more than walk his old friend to the political gallows.