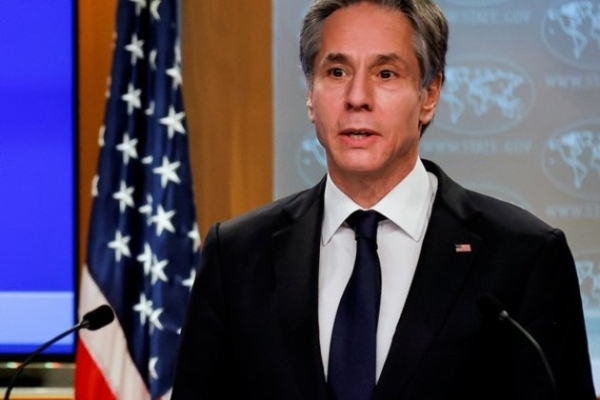 Washington [US], December 13 (ANI): US Secretary of State Antony Blinken spoke to his Qatari counterpart Mohammed bin Abdulrahman Al-Thani on Sunday and commended Doha for its continued work to assist with the safe transit of US citizens from Afghanistan.

Secretary Blinken and the Foreign Minister also reviewed the latest developments regarding the situation in Afghanistan and discussed other bilateral and regional issues, including Iran, the statement added.

Earlier, Blinken on Sunday met Australian Foreign Minister Marise Payne in Liverpool and reinforced the ongoing efforts to promote peace and prosperity in the Indo-Pacific.

The two leaders took part in the G-7 Foreign Ministers meeting. Both discussed deepening the US-Australia alliance, the importance of committing to ambitious climate action in the next decade, and the need for like-minded allies and partners to continue to defend, strengthen, and renew democracy around the world. (ANI)

Share this: US Secretary of State Blinken discusses Afghanistan with Qatari counterpart Al-Thani