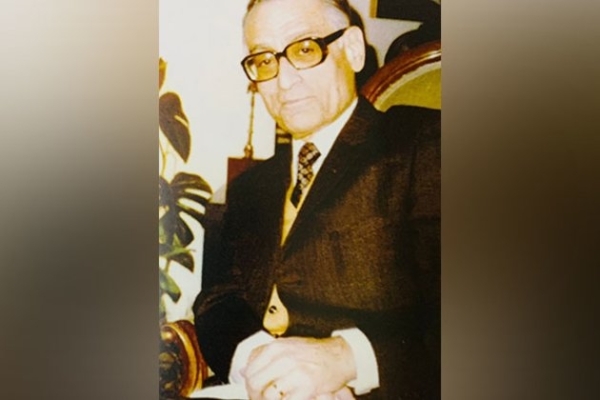 New Delhi [India], January 20 (ANI): Two decades ago today, one of India’s modern day heroes--albeit one who always shunned the limelight--passed away quietly.

Rameshwar Nath, (RN) Kao or ‘Ramji’ to friends, was the quintessential backroom operator. He is best known as the founder of Research and Analysis Wing or RAW but he was much more than that. When in 2019, I got the opportunity to write his biography, the question that confronted me was: Where does one begin to chronicle the life and times of a colossus like him?Does one begin with his greatest moment of glory in contributing to the liberation of East Pakistan and formation of Bangladesh in 1971? Or the fact that he was the founder of one of the world’s best spy agencies, the RAW? Does one talk about his fiercely private personality? Or his wide-ranging contacts in the secretive world of espionage? For an author like me, it had to be a combination of the personal and the professional to try and capture the essence of Kao, the man, the legend.

Somewhere deep in the archives of the Nehru Memorial Museum and Library (NMML) in the heart of New Delhi, lies a set of papers that researchers and historians interested in recording the history of Indian intelligence, would love to get their hands on. Alas, only part of those papers--transcripts of tape-recorded dictations left behind by Kao--are currently available. Three crucial files on Bangladesh, the merger of Sikkim and Mrs Indira Gandhi’s assassination, will not be open until 2027, according to instructions left behind by him, months before he passed away in January 2002. This only further elucidates the secretive nature of this individual and his desire to evade controversies.

Since those tapes and papers are not public, this biography had to depend on personal memories of a vast array of individuals who knew him in different capacities and their interpretation of his personality and contribution, apart from his correspondence with varied intelligence professionals. The task was made doubly difficult by the fact that Kao, was by nature, a very private person. He was rarely photographed. Except for a tape-recoded interview to PupulJayakar, one of Mrs Indira Gandhi’s closest friends, RNK is not known to have given any public statement or done a formal interview with any journalist.

So, when I was requested to undertake this task, it seemed an impossible mission. But thanks to help from the Kao family, the three personal files of R N Kao that are now open for researchers and scholars in the NMML, the PN Haksar papers and RAW’s former officers--some of who have retired as chiefs of the organisation--I was able to put together this first full account of the personal and professional journey of Ramji Kao, the sensitive, compassionate man behind the facade of a distant, stern spymaster.

The 1962 Shock and the Formation of ARCKao came into his own post the 1962 war with China. The Indian debacle in the 1962 war with China prompted many changes in the Indian security establishment, especially in the intelligence set-up. The Intelligence Bureau (IB), which was the sole agency handling both internal and external intelligence, felt the need for specialised organisations that could look after the gathering of technical intelligence, run clandestine operations into Tibet and even operate behind enemy lines across the Himalayan frontier. As a result, two new important organisations--the Aviation Research Centre (ARC) and the Special Frontier Force (SFF)--were created under the IB.

The ARC was established on 4 June 1963, and RNK headed the organisation from 1 September 1963 until 1 November 1966. The ARC was the product of an intelligence cooperation agreement between India and the US in the immediate aftermath of the 1962 war. Eight C-46 aircraft and four smaller planes with their pilots were deployed to a secret Indian air base, code named ‘Oak Tree’. Now we know that the base was at Charbatia in Odisha. Later, the ARC started operating from Sarsawa in Uttar Pradesh, Doomdooma in Assam and Palam in Delhi. Its task was to get photographic and technical intelligence from inside Tibet and Xinjiang.

Significantly, the joint IB-CIA programme had one positive fallout. Even as the ARC and SFF were getting off the ground, the Americans asked for permission to fly U-2 missions over Tibet and Xinjiang and Prime Minister Nehru approved this. While the ARC’s primary assets, the C-46 aircraft, gathered intelligence on the PLA that proved useful to the Indian Armed Forces and its intelligence agencies, those over Xinjiang gave the Americans best available information on China’s proposed nuclear test site at Lop Nur.

In early 1964, a U-2 detachment was based at Charbatia at the ARC base. The U-2 plane flew several missions over western China to obtain imagery reports, confirming China’s plan to test a nuclear device. Riedel said, ‘On 26 August 1964, a special National Intelligence Estimate told President Lyndon Johnson (who had succeeded JFK), that on the basis of new overhead photography, we are now convinced that the previously suspect facility at Lop Nur in Western China is a nuclear test site which could be ready for use in about two months.’ Sure enough, China tested its first nuclear device at Lop Nur on 16 October 1964.

During this period, RNK, who was setting up ARC from scratch, established close contacts with American intelligence bureaucracy. For nearly two years, the ARC and American intelligence operatives and technical hands worked in tandem to make ARC one of the most effective and crucial TECHINT resources in Asia. After important overseas assignments in Ghana and Hong Kong and taking care of Prime Minister Nehru’s security between 1959 and 1962, RNK would become an institution builder as the next decade would show.

WHY RAW?Following the 1965 war with Pakistan, decision-makers in India felt the need to bifurcate the task of collecting external and internal intelligence and created the Research and Analysis Wing (RAW). This is where Ramji Kao got pitch-forked into a prominent role that would allow him to leave a lasting impact on many. Having set up ARC and headed it until 1966, RNK had been made head of external intelligence in the IB. BN Mullik, whose record as the longest serving Chief of an intelligence organisation, will perhaps stay forever, had retired as Director IB in October 1964 but continued to remain Director General (security), established in 1963 as an office to coordinate the national security system and intelligence apparatus. His successor was SP Verma.

But the bigger change had happened at the Prime Ministerial level. Shastri had died in January 1966 and Indira Gandhi, Nehru’s daughter became India’s third Prime Minister. At that point in time, she was considered a political lightweight and the Congress Party stalwarts who helped her ascend to the top post, had hoped to control her from the shadows. Within a couple of years, however, she outwitted most of her seniors in the party to rule India for over a decade. She had the ability to pick the right team and leave implementation of her policies to them.

One key appointment she made in 1967 was that of PN Haksar. A Kashmiri Pandit who had never lived in Kashmir, Haksar, along with RNK, was to play a seminal role in most of Indira Gandhi’s momentous decisions between 1967 and 1975. Haksar, in his capacity as Secretary to the Prime Minister, in fact helpedRNK to create a separate Foreign Intelligence organisation, which today we know as Research and Analysis Wing (RAW).Mrs. Gandhi commissioned RNK to produce a paper delineating the structure of the new foreign intelligence agency. The Prime Minister had given him a free hand and within a few months, Ramji produced his Magnum Opus, defining the proposed structure of India’s CIA.

The designation of the personnel was to be in secretariat terms. The Chief was to be a Secretary and the junior ranks were to run down the line to the rank of Under Secretary. The spadework that the new organisation’s leadership did in the first couple of years of its existence, was to make a huge difference in its operations in East Pakistan in 1971, prior to the outbreak of hostilities there leading to the subsequent war with Pakistan in December 1971 and the creation of Bangladesh.

Ramji Kao to my mind would be and should be remembered as an institution builder, a gentle man who shaped much of the RAW culture and ethos in its early years. Two decades after his passing, he should be remembered for his seminal contribution to India’s intelligence framework. The RAW makes it a point to celebrate each achievement remembering RN Kao. The organisation holds an annual lecture named the "R N Kao memorial lecture" and has recently named its training institute as the "RN Kao Training Academy".The leadership of the organisation has ensured that the shadow of the legendary figure looms large on those who walk into the prestigious training academy.

The writer of this article is Nitin Gokhale. He is the author of the book "RN Kao: Gentleman Spymaster". (ANI)