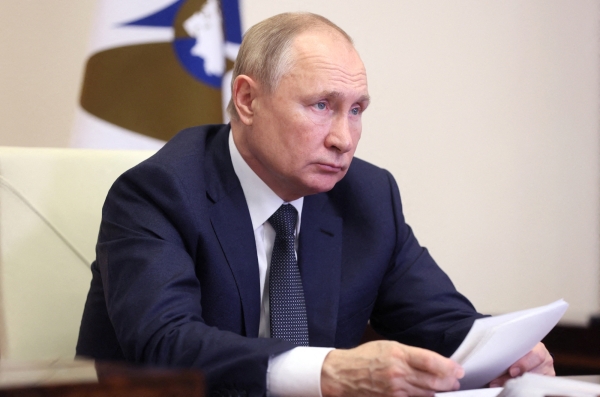 Last week, the EU’s High Representative Josep Borrell skipped the end of the European Parliament’s Strasbourg plenary to rush back to meet Canadian Foreign Affairs Minister Mélanie Joly. Following the meeting she said: “We firmly oppose Russian aggression, and military action against Ukraine. We reject Russia’s false narrative that Ukraine, or NATO, are threats. The EU and Canada are both important partners in this process alongside many others. The recently launched diplomatic process offers Russia two options. They can choose meaningful dialogue, or severe consequences. We of course, appreciate the EU’s collaboration and on many deterrence measures, including the economic ones. Canada will be ready to take additional measures particularly with respect to the financial sector.”

Other matters where there will be an exchange of views on recent events will be the Indo-Pacific, Mali and Sudan. Ministers will also review the latest developments in Libya in light of the postponement of the national political elections, and in Syria, regarding the EU’s strategy to solve the conflict for the Syrian people.

On Tuesday (25 January) French Europe Minister Clément Beaune will present the priorities of the French Presidency, top of that list will be the adoption of the package to defend the of elections proposed by the Commission in November 2021. The package includes a regulation on transparency of political advertising. The aim is to implement the regulation in time for the 2024 European Parliament elections.

Europe ministers will also discuss progress on the Conference on the Future of Europe, which — if all goes smoothly — should complete its work by 9 May — which is also Europe Day. The Council will also address the now perennial items of COVID-19 co-ordination and EU-UK relations, including an update on negotiations on Gibraltar.

The sixth meeting of the Stabilisation and Association Council will review the state of relations between the EU and Serbia on Tuesday. There is growing concern over media freedom and the support given to secessionist Serb actors in Bosnia and Herzegovina.

The French presidency will also organize an Informal meeting of ministers for education and youth (26-27 January) bringing together European ministers and European youth delegates appointed by each country.

On Wednesday (26 January) Executive Vice President Margrethe Vestager will present a set of principles to promote and uphold EU values in the “digital space”. Last year the Commission laid out its vision for Europe’s digital transformation by 2030 promising to lay down principles.

Before launching the consultation last year Vestager said: “A fair and secure digital environment that offers opportunities for all. That is our commitment. The digital principles will guide this European human-centred approach to digital and should be the reference for future action in all areas. That’s why we want to hear from EU citizens.”

Election of EP committees’ chairs and vice chairs: Parliament’s 20 standing committees and 3 subcommittees will each elect a chair and up to four vice-chairs for two and a half years, for the rest of the legislative term. Committees deal with legislative proposals, appoint negotiating teams to conduct talks with EU ministers, adopt reports, organise hearings and scrutinise other EU bodies and institutions (Monday to Thursday).

Recovery Plans: MEPs in the Economic Affairs and Employment and Social Affairs committees will quiz Commissioners Dombrovskis, Gentiloni and Schmit on the 2022 European Semester Autumn Package. MEPs are likely to focus their questions on the upcoming country-specific recommendations and the implementation of recovery and resilience national plans, as well as on their social aspects, including the need to combat youth unemployment and ensure a just transition (Tuesday).

Artificial Intelligence: The legislative process of the Artificial Intelligence (AI) Act kicks off as the Internal Market and Civil Liberties committees hold their first debate on the proposed regulation. The draft bill aims to ensure that any AI improvements are based on rules that safeguard people’s safety and fundamental rights as well as the functioning of markets and the public sector (Tuesday).

Holocaust Remembrance Day: Parliament organises a special plenary meeting in Brussels on the occasion of the International Day of Commemoration in memory of the victims of the Holocaust, 77 years after the Auschwitz Nazi concentration camp was liberated on 27 January 1945. Holocaust survivor Margot Friedländer will address MEPs. EP President Roberta Metsola will open the event (Thursday).

Italy will begin its search for a new President today (24), Silvio Berlusconi pulled out of the race this weekend.