In war there are few winners -and many losers Sunday, 20 February 2022 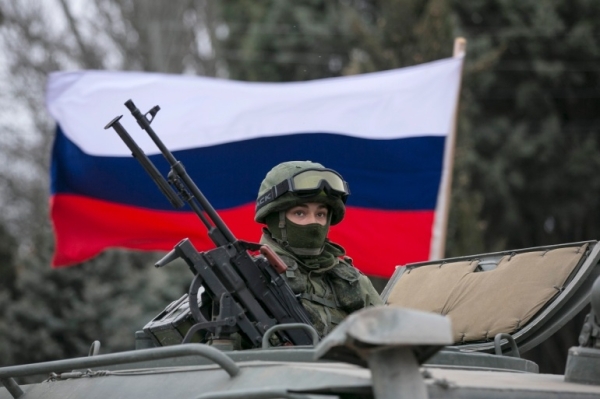 It might seem tasteless to talk of potential winners and losers in an armed conflict but it is hard to ignore that political leaders are asking themselves what’s in it for me? for my country? for international peace and stability? And too often the questions are asked in that order.

Warfare in Europe has long been discouraged by the memory of the Second World War -a war of necessity, as President Biden has called it. Even the winners paid a massive price in blood and treasure. Even the United States, sometimes characterised as the true winner despite its own casualties, found itself enduring the costs and the dangers of decades of Cold War with an emboldened Soviet Union.

President Putin seems to pine for the certainties of that era and seeks to restore the geopolitical advantages for Russia of a lost bipolar world. Even if he were to overthrow the elected government of Ukraine through an all out invasion, he would be a long way from achieving that goal.

Russia would almost inevitably face continued armed resistance across Ukraine, far surpassing the guerrilla actions in the west of the country in the late 1940s. Then the Red army could count on Polish and Czech assistance, now NATO forces would at the very least remain active right up to the Ukrainian border, as well as the borders with Belarus and with Russia itself.

Economic links with the West would be greatly diminished and Russia would risk becoming a client state of China. Russia might briefly claim victory but it would be a loser, though of course the biggest loser would be Ukraine. Its population would endure the horrors of large scale mechanised warfare, followed by the misery of occupation and guerrilla conflict.

Unfortunately for Ukraine, the only scenario where it would truly be a winner is highly unlikely. That would involve Russia backing down, with a genuine peace process in Donbas and a formula for ultimately settling the Crimea dispute, plus progress towards further Ukrainian integration with NATO and the EU. It’s not going to happen while President Putin is in office.

Even his dropping the threat of ‘military-technical’ action against Ukraine is difficult to imagine, due to his unachievable demand for NATO forces to withdraw from Eastern Europe. The UK’s Defence Secretary, Ben Wallace, caused genuine offence when his reference to the ‘whiff of Munich’ was taken to refer to President Macron and Chancellor Sholtz’s efforts to find ways of de-escalating the situation.

But although his reference to the Franco-British betrayal of Czechoslovakia in 1938 was seen as unhelpfully undiplomatic, Ben Wallace was essentially blurting out a truth. President Putin can be expected to bank any gains, such as neutrality being imposed on Ukraine, before soon returning to his other demands for NATO to retreat. A future invasion of Ukraine would remain an option.

While President Zelenskyy and President Biden find themselves debating what’s a bad outcome and what’s a worse outcome, President Macron and Chancellor Sholtz risk looking as if they paved the way for whatever happens. For them to take any credit and avoid a great deal of blame, they need what looks like a good outcome, both now and in a year or two’s time.

They would be very fortunate if that happens, as would we all.

Share this: In war there are few winners -and many losers