US responds to Russian accusations over Ukraine Thursday, 23 December 2021 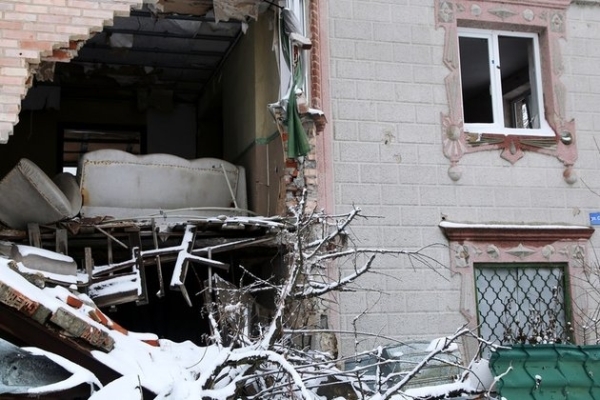 The US has urged Russia to stop using ?false? and ?inflammatory? rhetoric regarding the situation in eastern Ukraine after Russian Defense Minister Sergey Shoigu accused Washington of being behind rising tensions in the region.

"Contrary to statements from the Russian defense minister, Russia, and its proxies are responsible for escalating tensions, not Ukraine or the United States," Price wrote. "We call on Russia to stop using false, inflammatory rhetoric and take meaningful steps to de-escalate tensions to provide a positive atmosphere for discussions."

Price’s comments come as tensions remain high on the border between Ukraine and Russia. The US-led NATO military bloc has repeatedly warned Moscow that it is preparing a set of sanctions that would be imposed if Russia crosses the border to invade. However, the Kremlin has denied it has any plans to engage in military action and has instead called for a diplomatic solution.

Although Price did not specify which exact statement he was referring to, his response came on the same day as Shoigu told a meeting of the Russian Defense Ministry board that more than 120 employees of US private military companies (PMCs) have been deployed to two settlements in the Donetsk region, in eastern Ukraine. According to the defense minister, these Americans are setting up firing positions and are even planning a provocation with chemical weapons. He provided no further details or evidence to back up the claim.

As well as being denied by Price, the accusations were also knocked back by Pentagon spokesman John Kirby, who dubbed them "completely false."

The situation on the Russia-Ukraine border has intensified in the past month, and some Western media outlets have claimed that Moscow is planning a winter invasion. Moscow has rubbished the allegations, saying the movement of Russian armed forces on the territory of Russia should not be a cause of concern for anyone.

Share this: US responds to Russian accusations over Ukraine