Hospital removes man from transplant list due to not being vaccinated Friday, 28 January 2022 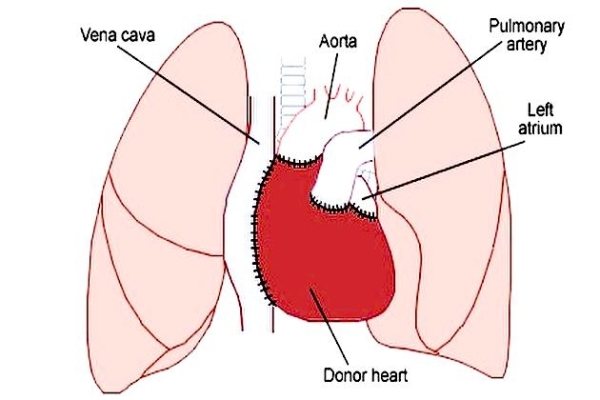 BOSTON, Massachusetts: A hospital in Boston has refused to perform a heart transplant operation on a patient, in part because the man had not received a Covid vaccination.

DJ Ferguson, 31 years old, has been removed from the heart transplant list by Boston-based Brigham and Women’s Hospital, according to the patient’s father, David Ferguson.

Ferguson explained that being vaccinated ran counter to Ferguson’s "basic principleshe doesn’t believe in it."

However, the hospital maintained that its removing the younger Ferguson from the waiting list for hearts was in keeping with its policies.

"Given the shortage of available organs, we do everything we can to ensure that a patient who receives a transplanted organ has the greatest chance of survival," according to a hospital statement, as reported by the BBC.

"(The hospital necessitates) COVID-19 vaccine and lifestyle behaviors for transplant candidates to create both the best chance for a successful operation and to optimize the patient’s survival after transplantation, given that their immune systems are drastically suppressed," according to the hospital’s spokesperson.

In a statement, Brigham and Women’s Hospital said over 100,000 individuals placed on organ transplant lists would not receive an organ in 5 years owing to a shortage of organs.

The 31-year-old Ferguson, who has been hospitalized since November 26, 2021, suffers from a heart condition in which fluids and blood fill the lungs, as reported by GoFundMe.

According to the fundraising platform, Ferguson said he was concerned about developing an inflammation of the heart, which is a known side effect following the COVID-19 inoculation. However, the U.S. Center for Disease Control said such a reaction rarely occurs, and is only temporary.