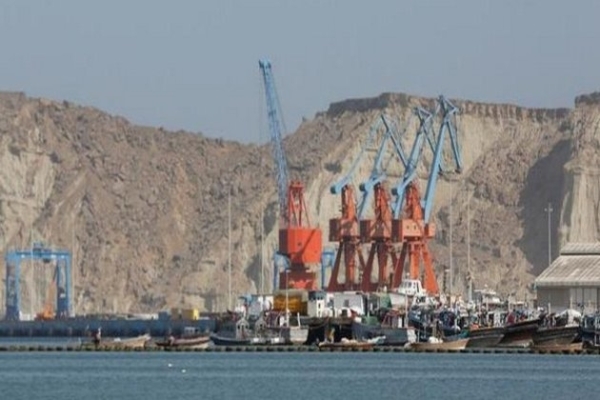 Islamabad [Pakistan], December 13 (ANI): Pakistan’s Jamaat-e-Islami (JI) party observed ‘Balochistan Solidarity Day’ in the capital Islamabad on Sunday in support of demands of the local population for the ongoing protests in the port city of Gwadar.

Mian Muhammad Aslam, one of JI’s top leaders led a protest demonstration in front of the country’s National Press Club, Islamabad which was attended by the party’s top leaders, The News International newspaper reported.

Gwadar residents have been staging protests for about a month demanding action against the trawler mafia by the Pakistan and provincial governments.

While addressing protestors, Mian Muhammad Aslam asked the Pakistani government to accept the demands of protestors in Gwadar and stop its brutal acts there. The JI leader said that for the first time, women along with their infant children are also attending the protest demonstration in Gwadar.

’Give Right to Gwadar’ movement would continue till the people get their rights, said Mian Aslam. "Jamaat-e-Islami is fighting the case of Balochistan and support all the constitutional and lawful demands of the Baloch people," he was quoted by The News International.

Led by Maulana Hidayat-ur-Rehman, Balochistan general secretary of Jamaat-i-Islami, the people of the port city launched the ‘Gwadar ko haq do’ movement nearly a month ago, according to the Dawn.

The protests are also against the mega-development plans of the port city as part of the China-Pakistan Economic Corridor.

Earlier, the participants started their procession, carrying placards and banners inscribed with slogans in support of their demands and chanting slogans against the provincial government.

After nearly a month-long protests in the port city of Gwadar, Pakistan Prime Minister Imran Khan on Sunday took notice of ongoing demonstrations by the people in the southwestern province over a slew of issues.

"I have taken notice of the very legitimate demands of the hardworking fishermen of Gwadar. Will be taking strong action against illegal fishing by trawlers and will also speak to CM Balochistan," Imran Khan tweeted on Sunday. (ANI)