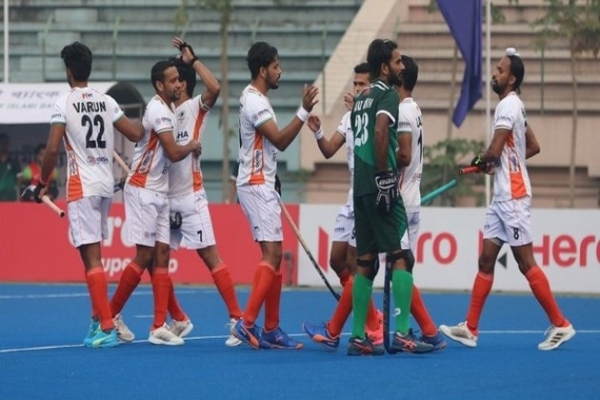 Resilient India came back from behind to beat arch-rivals Pakistan in the third/ fourth placing match in the tournament.

The Indian team led by Manpreet Singh ended their campaign with a third-place finish at the prestigious continental tournament.

Tendulkar said the India-Pakistan encounter is always a high-intensity match and hailed the side for the "great win".

"Great to see the way India came from behind to beat arch-rivals Pakistan 4-3 to settle for a bronze in Asian Champions Trophy. Congratulations," Laxman tweeted.

It was goals by Harmanpreet Singh (2’), Sumit (45’), Varun Kumar (54’) and Akashdeep (57’) that helped India beat Pakistan in a match that lived up to the billing with some tense moments.

With this win, India registered their second win of the tournament against Pakistan and their fifth consecutive triumph.

In the last 13 encounters, India have beaten Pakistan a whopping 12 times while one match ended in a draw. (ANI)