Champions of the Earth: Mia Mottley versus the faceless few Thursday, 23 December 2021 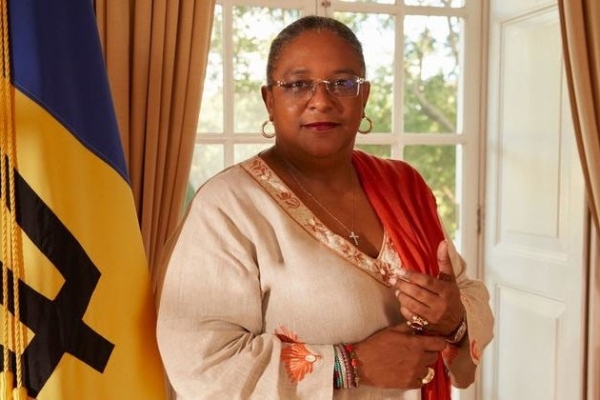 The Prime Minister of Barbados, Mia Mottley, has been awarded the 2021 Award, the UN’s highest environmental honour, for her policy leadership.

When the top Barbadian politician stood up in front of the UN General Assembly earlier this year, she was not in a mood to pull punches.

In front of world leaders, she decried the "faceless few" pushing the world towards a climate catastrophe and imperilling the future of small-island States, like her own.

The impassioned speech would grab headlines around the world and for many, it was an introduction to Mottley.

But the Barbados Prime Minister, this year’s Champion of the Earth for Policy Leadership, has spent years campaigning against pollution, climate change, and deforestation, turning Barbados into a frontrunner in the global environmental movement.

Under Ms. Mottley’s watch, the country has developed an ambitious plan to phase out fossil fuels by 2030.

Her vision is for nearly every home on the island to have solar panels on the roof and an electric vehicle out front. At Ms. Mottley’s urging, Latin America and the Caribbean became the first region in the world to agree on the Action Plan for the UN Decade on

Ecosystem Restoration, an effort to prevent and reverse the degradation of natural spaces worldwide.

You can find out more about the Prime Minister’s plans to secure a sustainable future for Barbados, here.

Share this: Champions of the Earth: Mia Mottley versus the faceless few