Morocco - playing a key role in the region Tuesday, 15 February 2022 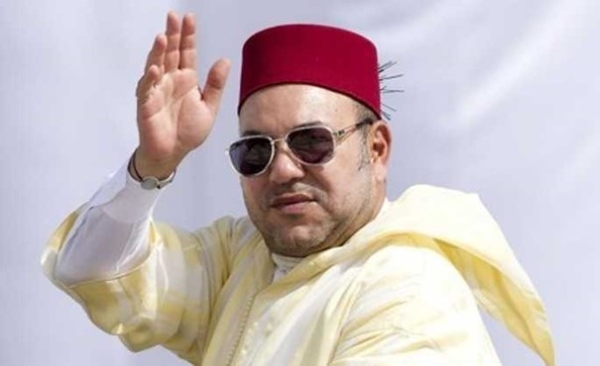 All agree on the urgency for the African continent to address the multiple challenges it faces, taking full advantage of its potential and resources, and innovative partnerships with the EU in particular, in a common quest for shared prosperity.

6th EU-UA summit: the moroccan experience as a model for a necessary overhaul of the partnership.

Since the first Summit of 2000 in Cairo, the relationship between the two continents has continued to evolve. While the EU has expanded from 15 to 28 – and then 27 – members, Africa has also changed profoundly. It has become a crossroads of opportunities, making it necessary to recast the partnership between the two continents. A redesign in this case would be the name of a bold and ambitious change of paradigms, with the ultimate goal of moving away from the outdated and reductive "donor-recipient" and "student-prescriber" schemes.

Among the countries most committed to this line is Morocco. Both in its closeness to the EU, forged over more than 50 years of cooperation and dialogue, and its commitment and anchorage in its African continent, Morocco is at the crossroads of all the paths of the EU-AU partnership. Morocco’s multi-faceted projection on the continent rightly presents a cutting edge and an innovative and pragmatic model on which the EU-AU partnership could usefully be built.

The Abidjan summit is the baptismal font of the new eu-africa partnership strategy.

It is certain that there is no longer any question today of thinking, alone in one’s corner, about a common approach for the coming years. The Abidjan Summit of November 2017 had already placed the EU-AU partnership on an equal footing between partners.

The summit identified key themes, such as youth, investment and job creation, and set them as priorities. The new VON DER LEYEN Commission has rightly capitalized on these orientations, adding other dimensions such as the fight against climate change and the Global Gateway initiative. The strategy for Africa, which was presented by the Commission on March 9, 2020, and updated in the meantime to incorporate the impact of Covid-19, identifies the major priorities that the EU wishes to develop. The convergence is total.

On the African side, the approach of this Summit is pragmatic. African countries, led by Morocco, argue that the partnership must go beyond meetings and political declarations to become more involved in concrete and tangible action that meets the expectations of citizens.

The goal is to establish a Euro-African space of peace, stability and shared prosperity. It is in this spirit that Morocco, at the Kigali Ministerial Meeting of October 2021, supported the Rwandan proposal to create a Ministerial Committee to monitor the implementation of commitments.

Whether it is renewable energy, industrialization, support for youth empowerment, or migration, it is not a matter of prioritizing objectives, but of pursuing them together.

Africa and the EU benefit from combining their comparative and complementary assets to reconcile economic prosperity and sustainable development. It should be recalled that nearly half of all Africans, approximately 600 million, still live without access to electricity. However, to provide access to energy to the entire continent, it is essential to rely on African models already proven.

More than ten years ago, Morocco, under the impetus of King Mohammed VI, set a target of 42% of the country’s electricity production from renewable sources by 2020, rising to 52% by 2030. The launch of a "green partnership" with the EU, on June 28, 2021, is, moreover, the perfect illustration of its commitment in this regard.

In this regard, the European Union could support the strengthening of Morocco’s energy capacity by creating regional hubs in this area; a kind of "regional electricity hub" in Africa, inspired by the "Nord-Pool" network, which exists in northern Europe. It could also combine the expertise of Europe and Morocco in the field of renewable energy to accelerate the electrification, including rural areas in Africa.

Similarly, the continuous evolution of the European regulatory and normative framework relating to the agri-food sector, makes it useful to create a platform for exchange and consultation EU-Africa, likely to accompany this evolution at the African level.

In addition, the experience of Morocco in the development of agriculture and sustainable fisheries, is of interest to several African countries. Indeed, many of them have benefited from Morocco’s expertise, particularly in terms of support to sectors included in the framework of cooperation with the EU. There is a potential for expertise to be put forward in the service of the EU-Morocco-Africa tripartite partnership.

Furthermore, the joint ventures concluded by the OCP Group in Nigeria and Ethiopia constitute a potential for vertical and horizontal integration in this sector. Similarly, under the Green Morocco Plan, Morocco has developed a logic of aggregation and agro-industrial integration, which has produced positive results and can serve as a model.

The Moroccan new development model is a major step. It has generated an authentically Moroccan federative project, based on a participatory and inclusive approach. Morocco and the EU have the capacity to work hand in hand on strategic issues such as industrial relocation and co-production.

The interest of Europe in the context of its industrial relocation policy, currently under development, is not to be restricted in its purely geographical scope. The pandemic has revealed weaknesses that have require Europe to rethink its industrial production strategy.

In this context, Europe would benefit from involving African partners. Again, the experience of Morocco with many European groups in industry and advanced technology (automotive, aerospace, cabling, etc..), is a capital to fructify.

On January 27, Morocco launched a new industrial unit called "SENSYO PHARMATECH". Mobilizing eventuallBased on a 500 million euros investment, this new facility partners with the European giant RECIPHARM. Their collaboration will allow the development, the manufacturing and the marketing of pharmaceutical products of great necessity, including vaccines. The new plant, solemnly launched under the auspices of King Mohammed VI, will produce up to 2 billion doses of vaccines by 2025.

This is no more and no less than the birth of an African biopharmaceutical innovation hub at the gateway to Europe. The benefits for Africa and Europe are considerable, in terms of contribution to health and vaccine sovereignty.

Youth are not the problem, but the solution.

Investment in key sectors must go hand in hand with investment in education and training for youth, to foster employability, support entrepreneurship, and promote small and medium-sized enterprises.

Africa, home to more than one billion people – in majority young people, needs investments in youth. The EU-AU Partnership can be a lever in this regard, for mutual benefit.

In this respect, Africa and the EU cannot do without a comprehensive treatment, taking into account the themes of mobility, education-training and employability.

With nearly 30 million Africans entering the job market each year, we – Africans and Europeans – must think together about how to create opportunities for the benefit of both continents.

It is also up to Europe – which sometimes benefits from the African “brain drain” – to make concrete investments to support African countries in terms of education, particularly through intra-African programs and recognition of diplomas in Europe.

The issue of students and researchers mobility is an important one. The unique experience between the EU and Morocco to train African students can be an excellent basis to be multiplied in the future. Launched by the EU in 2021, the "Partnership for attracting talent" is also part of the establishment of safe, regular and orderly entry routes.

Migration: an inevitable topic at the upcoming summit.

On the issue of migration, it is time for the two continents to engage in a realistic and concerted dialogue, not only to overcome misunderstandings, but also to better build together a migration partnership that protects migrants, is in the best interests of all. In 2050, Africa will count two and a half billion inhabitants. On such a scale, barriers and walls have no meaning. The natural need for mobility must be taken into consideration.

This reminds us that no efficiency can be achieved without a sharing of responsibilities between Europe and Africa! Without burden sharing, all narrow or compartmentalized policies are doomed to ineffectiveness. This is especially true when it comes to preventing and dismantling networks of smugglers who often have enormous resources, sometimes sophisticated technologies and who always exploit human vulnerability.

Stereotypes about African migration must also be overcome through the EU-AU Partnership. Up to 80% of all migrants from African countries move within the African continent. Moreover, African countries host a large proportion of the world’s total number of refugees and internally displaced persons, with the COVID-19 crisis likely to further exacerbate this phenomenon.

On legal migration, it is important for Europe to launch a reflection on circular and seasonal migration. In the same way, the EU should work with Africa to prevent the root causes of migration. Africa, in line with the "Pact of Marrakech", is in a position to call on the EU to reduce, or even eliminate, the colossal costs of remittances from Africans living in Europe, which sometimes amount to 10%, or several billion dollars a year, of lost earnings for African economies.

VIth EU-AU summit: Consequent means must be mobilized to meet the stated ambition.

A vision and objectives do not stand a chance if the adequate means are missing. But how can the EU be more effective without falling into the donor-recipient trap?

The African Development Bank estimates that African governments would need about $484 billion over the next three years to address the socio-economic impact of the pandemic and support economic recovery.

The European Union has a real opportunity to strengthen its role as Africa’s leading partner in a context marked by the growing involvement of major powers.

The experience acquired by Morocco could serve as a model platform for the entire Europe-Africa partnership. By establishing it as a regional hub, the European Union could develop an African strategy that is more in line with the reality on the ground, drawing on the recognized experience of Moroccan companies and banks in Africa.

The European Union has a historic opportunity to put in place an ambitious action plan that goes beyond statements of intent, by proposing structured projects and initiatives to Africa.

It is time for the EU and Africa to build effective complementarities between initiatives promoted by member states. In its regional dimension, the Morocco-EU partnership is undoubtedly a model; perhaps one of the most advanced and successful of Euro-African interactions.

The EU-Africa Partnership is not a luxury. It is a necessary response. The common destinies of the EU and Africa are an everyday reality, all the more so in the current context of the global pandemic crisis.

Crises sometimes have the virtue of accelerating processes that would otherwise have taken longer to materialize. There is no doubt about the rapprochement between Africa and the EU. The question is not so much whether they will continue to take place, but rather how and by what means.

The challenge of this 6th EU-AU Summit will be to define a joint, practical and operational roadmap, setting out in a precise timetable, the actions to be deployed in the short and medium term. The Summit will also be a rare opportunity to give renewed impetus to the EU-AU partnership at the highest level.

Share this: Morocco - playing a key role in the region