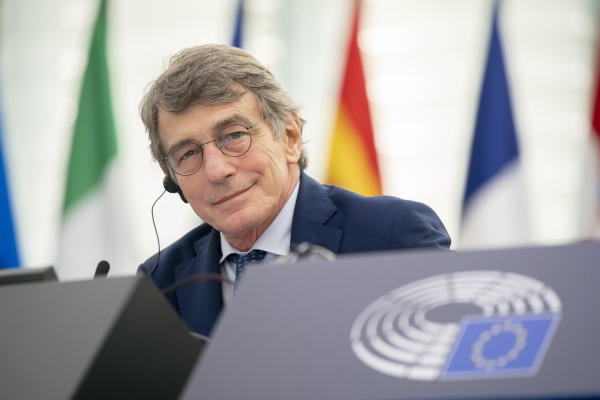 The buildup of military forces and aggression being shown towards Ukraine will be debated at the European Parliament’s plenary, but after a week where it was discussed at length, including at a NATO/Russia Council, little progress has been made, indeed the week ended with a hybrid attack on almost every website and agency platform in Ukraine. Ukraine has received much support in cyber resilience.

On Tuesday (18 January) as is customary during a Parliament plenary session, the College of Commissioners will meet in Strasbourg and discuss their common business. Top of the list this week is the ‘Higher Education Package’. Vice President Schinas and Commissioner Gabriel (education) will present two initiatives: a Communication on the European strategy for universities and a proposal for a Council Recommendation on building bridges for effective higher education co-operation.

The initiatives aim at supporting member states and higher education institutions to co-operate more to make this sector stronger and more efficient.

Eurogroup President Paschal Donohoe went on a whistlestop tour of three capitals ahead of this week’s Eurogroup visiting Berlin, Riga, and Vilnius, as well as a conversation with new Luxmebourgish and Dutch finance minister Yuriko Backes and Sigrid Kraag.

The focus of the meetings was on the euro area economy and the Eurogroup’s key priorities, including the economic governance of the European Union, the next steps in completing the Banking Union, and the future of the digital euro.

European Central Bank President Christine Lagarde tipped her hat to the sisterhood who are more present in the normally male-dominated ranks of finance ministers than ever before:

And when there’s a Eurogroup, there is of course an ECOFIN the following day. Finance ministers will lead Tuesday’s discussions with a debate on the proposed global minimum tax for multinational groups in the EU. The initiative led by President Biden is a major milestone, though some countries, including developing countries, believe that it could lead to unfair outcomes. The file is likely to be a top priority for the French presidency.

There will be the usual updates on the Recovery and Resilience Fund and the Europea Semester. It will be interesting to see if there are any discussions on the possibility of suspending these funds in Poland and Hungary due to failure to meet the necessary ‘rule of law’ conditionality.

The French presidency of the EU and the German delegation which now holds the chairmanship of the G7 will also present their priorities.

Agriculture and fisheries will also meet.

In agriculture, the presidency will focus on three main areas: reciprocal standards for EU and non-EU products, low-carbon agriculture and carbon sequestration in agricultural soils, reducing the use of pesticides in farming.

In fisheries, France plans to focus on: revision of the fisheries control regulation, the common fisheries policy and its implementation, sustainable fisheries partnership agreements with Mauritius, Madagascar and Liberia.

The ministers will discuss the plethora of proposals on the environment that the Commission put forward in 2021.Frans Timmermans is going to struggle to keep a concerted and determined line on the Commission’s proposals when some countries are already concerned about the short term political ramifications of saving the planet.

MEPs will choose Parliament’s next president on Tuesday through remote voting. An absolute majority of votes, cast by secret vote, i.e. 50% plus one, is needed. While there is still a certain amount of ongoing wrangling, some of it about administrative positions in the European Parliament, it is likely that Roberta Metsola MEP (MT, EPP) will carry the necessary votes, thought it might require two rounds.

MEPs will then elect the 14 Vice-Presidents and five Quaestors who, together with the President, comprise Parliament’s Bureau. Appointments to parliamentary committees for the rest of this legislative term will also be confirmed during the session. (Tuesday — Wednesday)

On Wednesday (19 January) Emmanuel Macron will present the priorities of the French EU Presidency. The motto is ‘Recovery, Strength and a Sense of Belonging’.

On Wednesday afternoon, MEPs will discuss with European Council President Charles Michel and the Commission the outcome of the 16 December summit, which focussed on COVID-19, rising energy prices, security and defence issues and external relations.

Digital Services Act: Parliament will vote on its position on the Digital Services Act, which aims to create a safer digital space in which users’ rights are protected, including through rules to tackle illegal products, services or content online. It would also enhance the accountability and transparency of algorithms, and deal with content moderation. The vote will take place on Thursday (20 January).

On Thursday, MEPs will debate and vote on how to improve animal welfare during transport, control live animal exports more effectively and limit the transport of young animals.

Ukraine/Russia. The Foreign Affairs Committee and the Subcommittee on Security and Defence will discuss with EU Foreign Policy Chief Josep Borrell the ongoing crisis in Eastern Ukraine and along the Russia-Ukraine border. (Monday)

Share this: Week ahead: European Parliament bids farewell to Sassoli