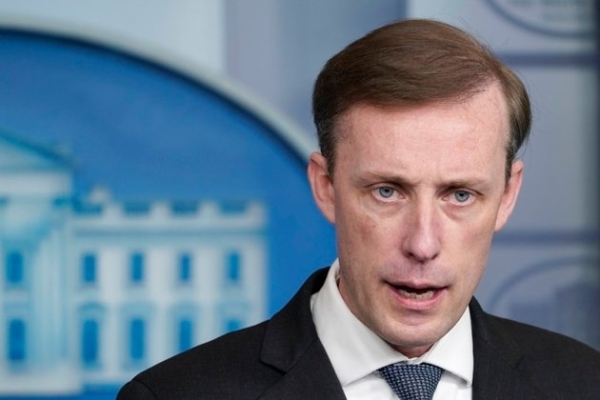 The U.S. and Israel said Iran’s nuclear program "poses a grave threat to the region" and vowed to keep Iran from getting a nuclear weapon following a meeting in Israel between U.S. national security adviser Jake Sullivan and his Israeli counterpart, Eyal Hulata.

’The delegations discussed the need to confront all aspects of the threat posed by Iran, including its nuclear program, destabilizing activities in the region, and support for terrorist proxy groups,’ according to a statement released Wednesday by the White House.

’The officials affirmed that the United States and Israel are aligned in their determination to ensure that Iran never gets a nuclear weapon,’ the statement added.

The deal aimed to curb Iran’s nuclear ambitions by reducing economic sanctions on the country. Iran maintains its nuclear program is for peaceful purposes.

Israel opposes a return to the deal.

After the meeting, Israeli officials warned that should diplomacy break down, Jerusalem could launch a preemptive strike on Iran to prevent the country from acquiring nuclear weapons.

’What happens in Vienna has profound ramifications for the stability of the Middle East and the security of Israel for the upcoming years,’ Israeli Prime Minister Naftali Bennett reportedly told Sullivan.

Some information in this report comes from Reuters.

Share this: US, Israel Reaffirm Deal to Keep Iran from Developing Nuclear Weapons