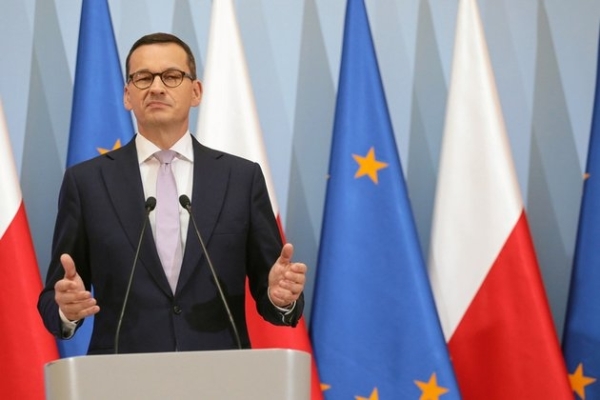 Poland’s Prime Minister Mateusz Morawiecki has blasted the EU’s decision to start legal action against his country, saying that there must be a limit to Brussels? powers.

The EU has announced on Wednesday that it would launch infringement proceedings against Poland and cited violation of the primacy of EU law as a reason.

The decision follows two rulings by Poland’s constitutional court that has given priority to Polish laws over those of the EU and concluded that certain parts of EU treaties conflicted with the country’s constitution.

"I think that more and more European Union member states notice that there must be a limit of competences somewhere, of those that can be decided by the European Union, and those by the Polish state," Morawiecki said in a televised speech at a conference on Wednesday after the EU’s announcement.

In his opinion, the majority of European citizens would not want the EU to make decisions in certain areas, such as family law or inheritance law.The Polish prime minister added that the European Commission "continues to wade towards the lack of understanding of the division of competencies" between the member states and Brussels, which means that the growing tendency toward "bureaucratic centralism," he said, "needs to be blocked somewhere."

Warsaw has two months to reply to the European Commission’s letter about the legal action. Meanwhile tensions between Poland and the EU have already delayed the delivery of a multibillion-dollar Covid recovery package to the country. The European Commission has also imposed huge daily fines on Warsaw.