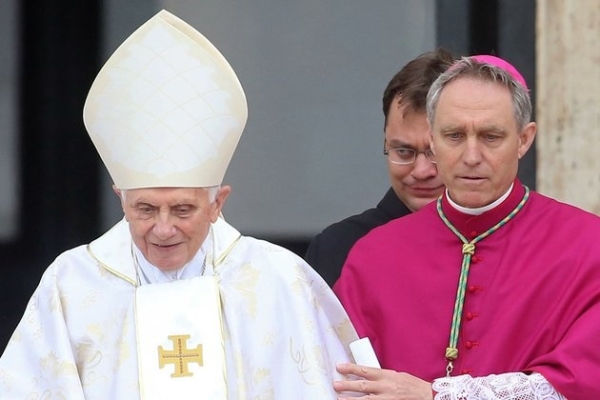 An inquest announced on Thursday found former Pope Benedict XVI had failed to prevent abuse by clerics during his tenure as Archbishop of Munich.

Benedict has repeatedly refuted allegations that he was aware of abuse claims in the 1970s and ‘80s, stating in 2013 that he "never tried to cover up these things." However, lawyers have rejected this denial, arguing that they believe he was aware of the actions of priests but "the church didn’t do anything."

In a damning assessment, the report states that "then-Archbishop Cardinal Ratzinger can be accused of misconduct" over the handling of four cases, after examining how the church dealt with abuse allegations between 1945 and 2019.

"During his time in office there were abuse cases happening ... He claims that he didn’t know about certain facts, although we believe that this is not so, according to what we know," one of the lawyers said.

The inquest cited a copy of the minutes of a meeting of Munich church leaders on January 15, 1980. According to the report, the meeting was convened to discuss allegations against a cleric named only as ‘Priest X.’ The lawyers investigating stated they were "surprised" by Benedict’s denial, as the minutes show he was in attendance.

Munich’s current Archbishop, Cardinal Reinhard Marx, an ally of Pope Francis, said the lawyers who produced the inquest had informed church officials ahead of the report’s publication.

Despite not being implicated in the allegations, last year, Marx offered to resign over the church’s "catastrophic" handling of abuse cases, but Pope Francis rejected his offer. Marx did not attend the presentation of the report on Thursday, in a move that the lawyers said they regret.