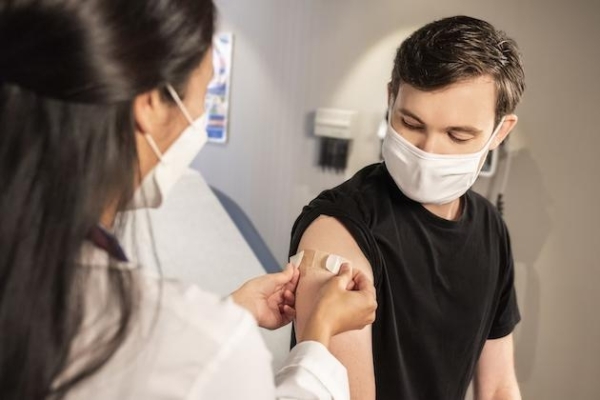 WARSAW, Poland: Poland’s minister of health announced on January 17 that the country was in the midst of a fifth wave of COVID-19 while cautioning that the day-to-day case figures could reach unprecedented highs due to the transmission of the Omicron strain.

Even as the case tally on a per day basis declined since the start of December, Poland has barely breathed a sigh of relief since the fourth COVID-19 wave struck, with more than 10,000 new cases daily, in the midst of low vaccination figures, as well as partial restrictions imposed on the public.

"We predict that the peak of infections will be in mid-February, and that peak is about 60,000 cases a day," Health Minister Adam Niedzielski noted during a briefing.

On January 14, 13 of the 17 members of the Polish Medical Council that advises the prime minister on the pandemic tendered their resignations, while expressing their condemnation of the government Covid policies not being scientifically influenced.

One member, Dr. Konstanty Szuldrzynski, in conversation with Polish news channel TVN24, noted that the fatality rate in nations where more stringent curbs were imposed was lower, compared to Poland, while emphasizing that health services would be heavily burdened by the fifth infection wave.

"We are going into the next wave of Omicron completely unprepared," he charged.
"Please remember that the huge death rate in Poland is not just related to the low percentage of vaccinated people, but also to the fact that we have a very outdated health system," he said.

The minister sought to encourage those council members who had resigned to return, which failed.

Niedzielski also confirmed that a new advisory body had been created to offer guidance in creating Covid policies.

"The change will consist mainly in extending the format, so there will be a wider range of experts who will assist and advise the prime minister," Niedzielski said.