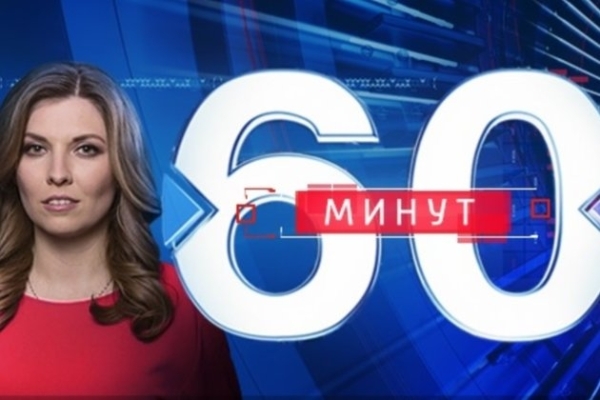 When presenter Olga Skabeyeva entered the studio of the popular Russian talk show 60 Minutes this week, she began the program the way she usually does: by slamming the Ukrainian government and pouring vitriol on its backers in the West.

This episode aired just days after Russia published a list of demands for security guarantees from the United States and NATO, including a binding pledge to keep Ukraine and other former Soviet republics out of the Western military alliance, and Skabeyeva launched into a summary of its main points.

Then things took a turn.

"Russia placed the United States in a zugzwang. Either they step back voluntarily or we’ll make them do it by force," Skabeyeva said, staring hard into the camera as tense music blared from the studio speakers. "And we make no guarantees about Ukraine’s sovereignty."

SEE ALSO: How Long Could Ukraine Hold Out Against A New Russian Invasion?

The segment, which aired on December 20, marked an escalation in the already hyperbolic tone adopted by anchors and commentators on Russian talk shows. In recent days and weeks, as the Kremlin has warned of a "military response" in Ukraine if the West does not agree to its demands, the narrative on TV has reached fever pitch.

In addition to an end to NATO expansion to the east, the demands put forward by Moscow include promises that the United States and other Western nations will abandon military activities in Eastern Europe, the Caucasus and Central Asia, and will not establish any new military bases on former Soviet territory, among other things.

Ahead of Russian-U.S. talks expected to start in January, U.S. officials have said that some of the proposals are unacceptable and that Russia knows it. Some analysts in both Russia and the West suspect that Moscow introduced them as a pretext so that it can accuse Washington and NATO of being unconstructive and blame them if it goes ahead with a new offensive against Ukraine.

SEE ALSO: What’s Behind The Russia-Ukraine War Fears -- And What Might Actually Happen?

In the meantime, officials in Moscow have called for a quick response. And in bellicose remarks at a meeting with the heads of Russian military leaders on December 21, President Vladimir Putin reiterated Moscow’s readiness to use force if the West does not acquiesce.

"We have nowhere further to retreat," Putin said. "Do they really think we’ll sit idly as they create threats against us?"

Putin recited a litany of grievances against the United States and its allies that he’s voiced many times over his 22 years as president or prime minister. It’s a refrain that has featured heavily in state TV coverage since Russia raised the stakes in its standoff with the West over Ukraine, whose government has been battling Russia-backed separatists in the eastern region known as the Donbas since 2014.

Share this: As Putin Hints At War In Ukraine, State TV Amplifies The Threat