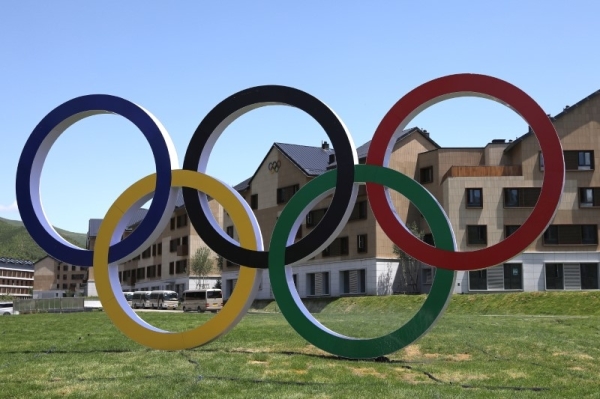 This is despite EU member states, including Belgium, announcing a boycott, and the European Parliament voting in favour.

This is against the background of what is widely perceived to be China’s appalling human rights record.

China said nations that boycott the Games “will pay the price for their mistaken acts.”

Next week various Belgian civil society groups will take to the streets to demand the EU takes action and boycotts the games.

“It will send a message of solidarity towards all the innocent victims of ethnic cleansing, imprisoned against their will in so-called ‘re-education’ camps. Witnessing these human rights violations in the 21st century is a disgrace to humanity.”

Also on 4 January and adding their voices to the call for a boycott, members of the Tibetan community demonstrating outside the UN Human Rights Council in Geneva will join the Belgian groups via a live link to a debate on the matter being held at the Brussels Press Club, with the participation of senior EU politicians and human rights advocates.

The debate #BoycottBeijing2022 will take place at the Press Club on Rue Froissart from 11am to 1pm.

Support for a boycott comes from other quarters including German MEP Reinhard Bütikofer, Foreign Policy Coordinator of the Greens/EFA Group in the European Parliament, who has also backed a diplomatic boycott of the winter Olympics in China.

He said: “It is also clear that member states must be effectively involved in this. A clear signal in favor of a diplomatic boycott of the Beijing Olympics would be necessary, whatever the exact name of that boycott may be. European politicians must not fill the gaps that others create through their diplomatic boycott."

He added: “Even in climate policy, Beijing’s leadership is currently threatening to refuse the necessary co-operation unless we are willing to silently accept the brutal human rights violations in China as an inevitable normality. The European Parliament has sent a clear signal against this. The representatives of the EU and the member states are being requested to decline invitations to the Olympic Winter Games in Beijing if the human rights situation in China does not improve fundamentally.

“The Chinese leadership was under the illusion that the EU would allow the sanctions imposed in March 2021 to expire, thereby kowtowing to Beijing. Brussels has proven dictator Xi Jinping’s team wrong. The fact that Berlin, with its new coalition, intends to fall in line with the European course toward China has certainly played a positive role. We remain willing to engage in dialogue with China, but where necessary, as in this case, the EU will also draw clear lines. Beijing must adjust to this reality."

Australia now says it too will join the United States in a diplomatic boycott of the Winter Olympic Games in Beijing, as other allies weighed similar moves to protest China’s human rights record.

Other US allies have been slow to commit to joining the boycott.

Britain is considering approving limited government attendance at the event from 4 to 20 February in the Chinese capital that would stop short of a full diplomatic boycott.

“We’re not rushing into it,” said one EU diplomat, summing up what he described as Europe’s more “cautious” approach. “I’m not seeing people rushing headlong to get behind the US position.”

“The United States will pay a price for its mistaken acts,” the spokesman, Zhao Lijian, told a media briefing. “Let’s all wait and see.”

Share this: Pressure grows for boycott of Winter Olympics in China