Australia partners with US, Japan to help improve internet for Pacific nations in bid to counter China Monday, 13 December 2021 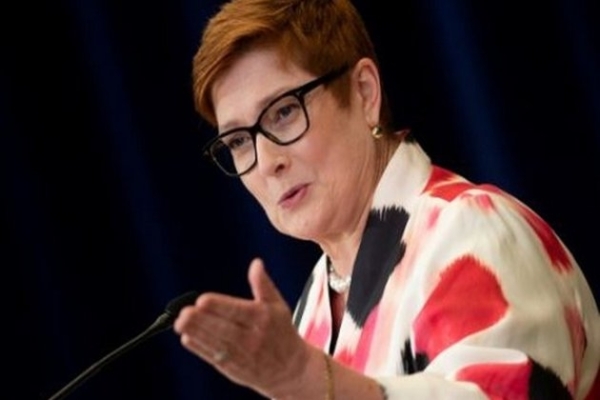 Canberra [Australia], December 13 (ANI): In a bid to counter China in the Pacific region, Australia has partnered with the United States and Japan to help improve internet access in three Pacific Island nations.

The partnership will build a new undersea cable to give Kiribati, Nauru and the Federated States of Micronesia faster and more reliable internet connections, The Sydney Morning Herald newspaper reported.

The daily further said that Australia’s efforts to help build critical infrastructure in the Pacific has been increasing and there will be more cooperation between Australia and other like-minded countries in the future to help provide vital services in the region without the burden of debts from loans backed by China.

"This is more than infrastructure investment. It represents an enduring partnership to deliver practical and meaningful solutions at a time of unprecedented economic and strategic challenges in our region," The Sydney Morning Herald quoted the statement.

The partnership comes after a Chinese-backed bid to lay the undersea telecommunications cable was sunk in June after the US warned the involvement of a Chinese company posed a security threat.

Over the last decade, China has loaned hundreds of millions of dollars to Pacific nations for various projects, including for mobile phone networks.

Meanwhile, Australia has been increasing investment and partnerships, committing USD 300 million earlier this year for infrastructure projects across the region including in telecommunications, health and transport projects to help countries recover from the COVID-19 pandemic, The Sydney Morning Herald reported.

Sino-Australian relations have dipped last year after the Chinese leadership was incensed with Canberra calling for an independent investigation into the origins of the novel coronavirus.

Relations had started to fray in 2018 when Australia banned Chinese tech giant Huawei Technologies from building its 5G network, the first Western country to do so. Canberra has also been locked in an ongoing trade war with Beijing for several months as China has slapped sanctions on various Australian products. (ANI)

Share this: Australia partners with US, Japan to help improve internet for Pacific nations in bid to counter China