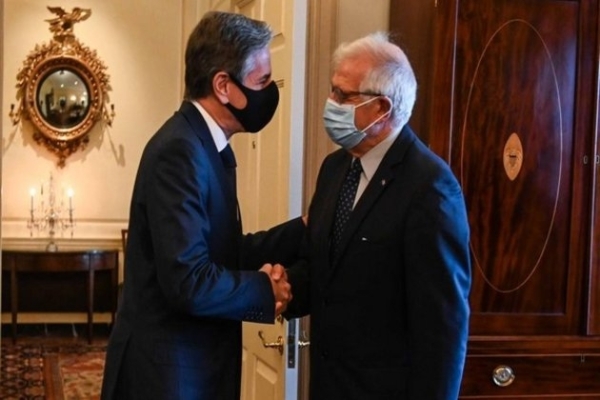 Washington [US], December 23 (ANI): US Secretary of State Antony Blinken had a telephonic conversation with European Union High Representative for Foreign Affairs, Josep Borrell, during which they highlighted their shared concerns about escalating political pressure and economic coercion by China against Lithuania.

In a statement, US State Department spokesperson Ned Price said that Blinken and Borrell underscored EU and US continuing solidarity with Lithuania in the face of China’s coercive behaviour.

Blinken and Borrell affirmed their continued commitment to strengthen the U.S.-EU partnership and work together to confront shared challenges.

"They emphasized the need for coordinated action to support Ukraine’s sovereignty and territorial integrity and reaffirmed that any further Russian military aggression against Ukraine would have massive consequences for the Russian Federation," the statement read.

"They also highlighted their shared concerns about escalating political pressure and economic coercion by the People’s Republic of China against Lithuania, which are impacting both U.S. and European companies. They underscored our continuing solidarity with Lithuania in the face of the PRC’s coercive behaviour and committed to work together to strengthen economic resilience," the statement added.

The dispute between Lithuania and China began earlier this year when Lithuania withdrew from the "171" bloc in Eastern Europe. Lithuania then upgraded diplomatic relations with Taiwan, becoming the only European country to permit a Taiwanese representative office.

Back in August, China recalled its ambassador from Vilnius, to which Lithuania responded reciprocally in September. (ANI)

Share this: US, EU highlight shared concerns over China’s coercion against Lithuania